CALL US NOW
EMAIL US NOW
How Can a Car Accident Lawyer Help Injured Victims?

Finding yourself caught up in a car accident is the worst nightmare of many a driver. The consequences can range from psychological trauma to physical injury—not to mention the financial costs that come with being involved in an accident.

Making sure that you are taken care of after an incident is a key priority to us, and this can involve proving the liability of another partyand ensuring that your costs and expenses are covered.

What Can Cause an Accident?

Every time you get behind the wheel, you are effectively taking charge of a lethal weapon, and this applies to all others on the road. The cause of accidents is varied but can often be attributed to the reckless or negligent behavior of other drivers.

Some common causes include:

Eating or drinking can also cause a driver to be distracted, as can personal grooming, such as combing hair or applying makeup. Other passengers in the car can also cause a distraction if they are talking and demanding attention. In-car systems, such as navigation, SatNav, or music systems,couldlikewise divert the attention of the driver from the road.

Similarly, any defects or flaws which should have been acknowledged and rectified by the seller of the vehicle (or the manufacturer) can also leave them open to liability claims. In order to pursue this avenue, you will need to prove that the seller or manufacturer was aware, or should have been aware, and failed to recall the vehicle or fix the mistake. Any repairs which were undertaken incorrectly can also fall into this category. (In this instance, the fault lies with the mechanic or auto shop.)

What Can I Do if I Am Involved in an Accident?

If you are the victim of a car accident, you may be in a position to claim damages and compensation from the other driver, if it can be proven that their actions contributed directly to the crash, or that they were negligent. In addition, you will need to prove that you were in no way to blame for the crash; Alabama operates under the practice of contributory negligence, meaning that you are prohibited from claiming damages if you are considered to be partially at fault. 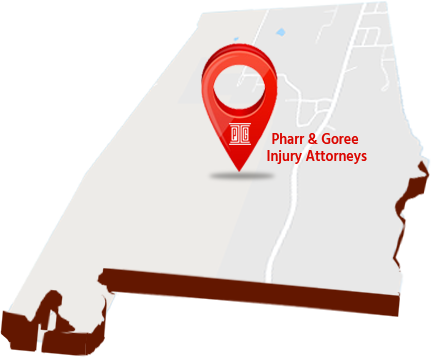